The Consortium of Bioengineering and Medical Informatics (CBIM), has been collaborating since 2011 with the Universidad Politécnica de Cataluña (UPC) - Center de Recerca in Enginyeria Biomèdica (CREB) and with the partner IRCCS C. Neurological National Institute for the creation of Serious Games (SGs), video games designed for purposes other than pure entertainment.
Since 2012, CBIM participates in the "Smart Aging" Project, funded by MIUR, whose goal is to create a 3D virtual reality environment based on SGs for early assessment and training of mild cognitive disorders, able to implement tests neuropsychological methods commonly used, scientifically validated. 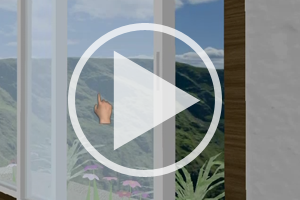 The navigation in a 3D environment, which contains in a small space (loft) the basic elements of interaction of a domestic environment, associated with the 'game' element, is a powerful screening tool, more friendly and motivating than traditional tests paper and pencil.

SG Smart Aging requires to perform tasks related to daily activities, close to real life and, therefore, allows to evaluate different cognitive functions: executive functions (reasoning and planning), attention (selective and divided), memory (short and long term , perspective), orientation (visual-spatial). The validation of the system has already been started: 1000 people aged between 50 and 60 years are being evaluated for the early detection of a mild cognitive impairment.
For this line of research, CBIM is a partner of the European Innovation Partnership on Active and Healthy Ageing (EIP - AHA)

Resources for the community