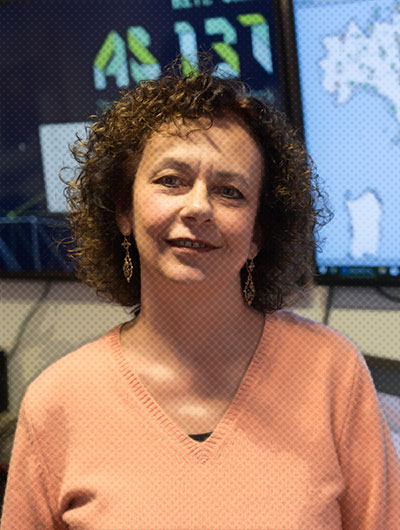 Claudia Battista graduated in Physics at the University of Rome Sapienza in 1987, with an experimental thesis at the INFN national laboratories in Frascati.

Since then, she has been working on data transmission networks, actively participating in the design and implementation of the first GARR network and its evolutions, and over time assuming the role of deputy director and manager of the Network Department.

Between 2013 and 2016 she coordinated the GARR-X Progress structural enhancement project, which implemented a nation-wide fiber-optics network infrastructure based on cutting-edge networking technologies, in the four Regions of Convergence (Calabria, Campania, Apulia and Sicily). She coordinated the participation of GARR in the projects for the creation and evolution of the European research network GÉANT and in the projects for the creation of the interconnection network of academic and research networks of the countries bordering the Mediterranean basin (EUMEDConnect). To this day, she acted as the Deputy Representative (Deputy) for the GARR network in the corporate bodies of the GÉANT Association, the association of Education and Research Networks in Europe that promotes and coordinates R&D activities relating to network technologies and their deployment in the academic and research environment, and which decides the development and management strategies of the European GÉANT network.